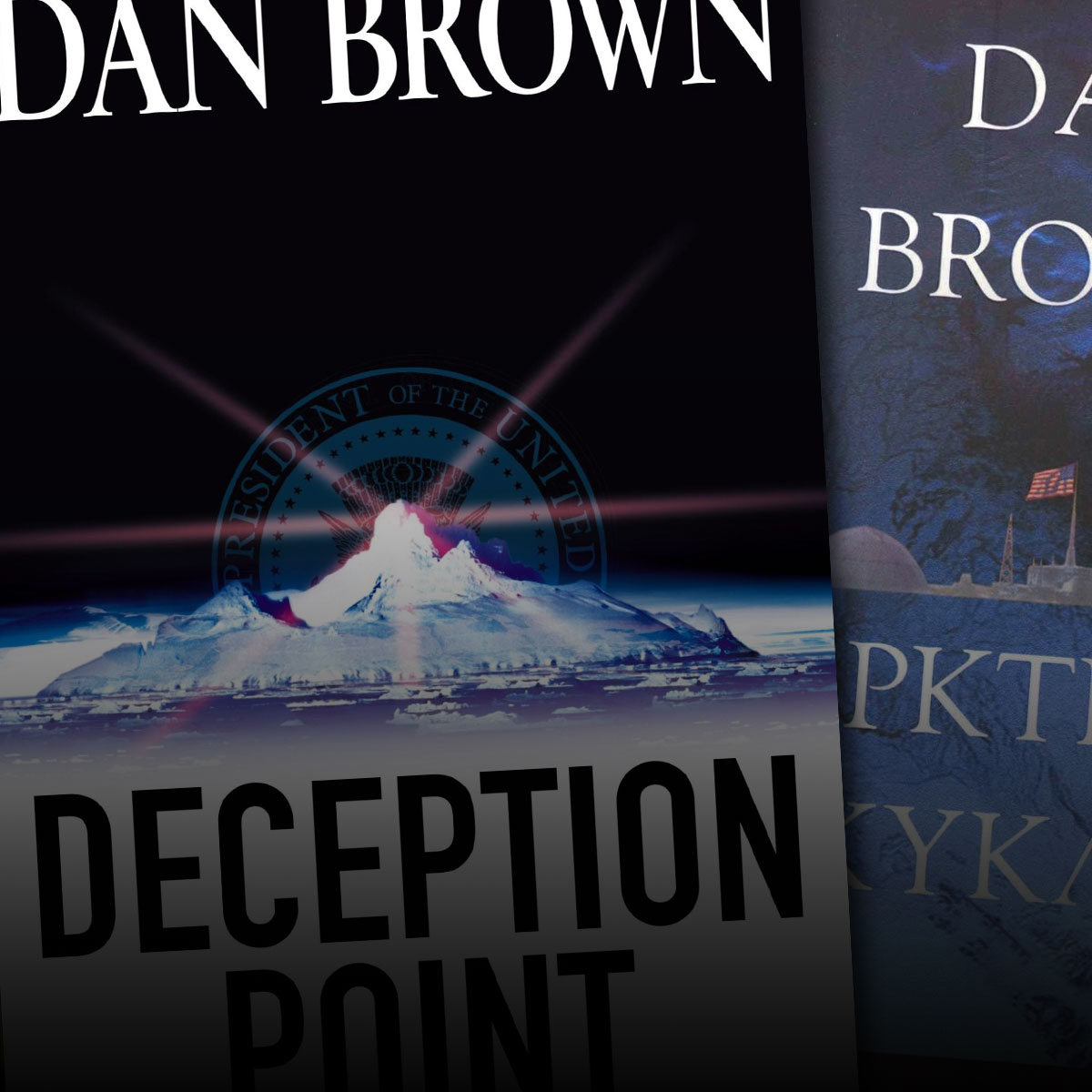 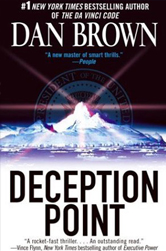 When a new NASA satellite spots evidence of an astonishingly rare object buried deep in the Arctic ice, the floundering space agency proclaims a much-needed victory… a victory that has profound implications for U.S. space policy and the impending presidential election.

With the Oval Office in the balance, the President dispatches White House Intelligence analyst Rachel Sexton to the Milne Ice Shelf to verify the authenticity of the find. Accompanied by a team of experts, including the charismatic academic Michael Tolland, Rachel uncovers the unthinkable—evidence of scientific trickery—a bold deception that threatens to plunge the world into controversy.

But before Rachel can contact the President, she and Michael are attacked by a deadly task force…a private team of assassins controlled by a mysterious powerbroker who will stop at nothing to hide the truth. Fleeing for their lives in an environment as desolate as it is lethal, they possess only one hope for survival: to find out who is behind this masterful ploy. The truth, they will learn, is the most shocking deception of all…

In his most thrilling novel to date, bestselling author Dan Brown transports readers from the ultra-secret National Reconnaissance Office to the towering ice shelves of the Arctic Circle, and back again to the hallways of power inside the West Wing. Heralded for masterfully intermingling science, history, and politics in his critically acclaimed thriller Angels & Demons, Brown has crafted another novel in which nothing is as it seems—and behind every corner is a stunning surprise. Deception Point is pulse-pounding fiction at its best. A case study in how to manufacture suspense. Unputdownable.
– The Washington Post

AN EXCELLENT THRILLER. A big yet believable story unfolding at breakneck pace, with convincing settings and just the right blend of likable and hateful characters. A finely polished amalgam of action and intrigue. Brown has done his research, folding in sophisticated scientific and military details that make his plot far more fulfilling than the norm.
– Publisher’s Weekly

Brown has an impressive grasp of his material. He is a more astute storyteller than most of his brethren in the thriller vein.
– Kirkus Reviews

Dan Brown writes a rocket-fast thriller with enough twists and surprises to keep even the most seasoned readers guessing. This and impeccable research make Deception Point an outstanding read.
– Vince Flynn 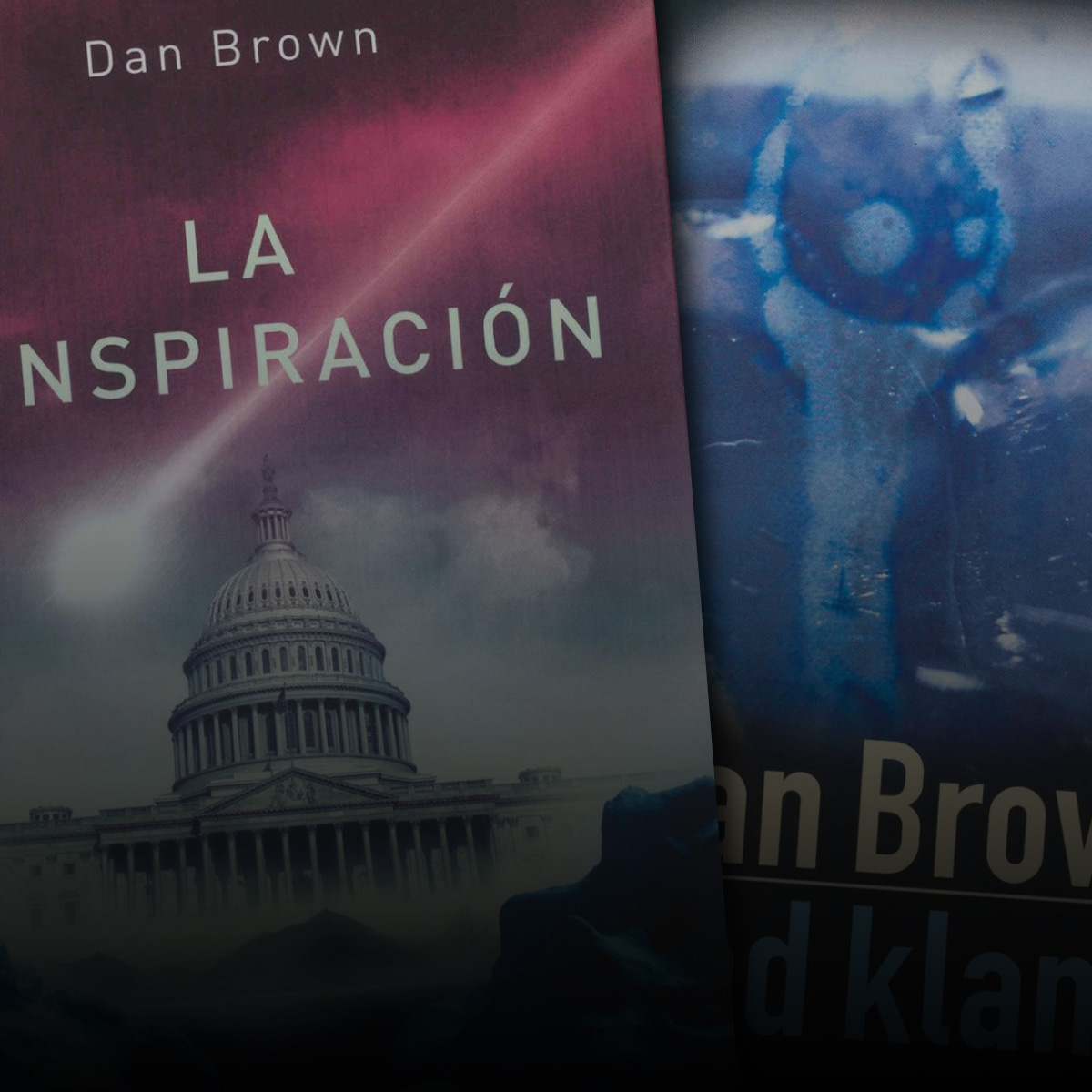 Sea Shadow: Stealth Ships
Built by Lockheed in total secrecy inside the famous Hughes Mining Barge, the Sea Shadow is the nautical equivalent of the F-117 “stealth fighter.” The Sea Shadow is a SWATH (Small Waterplane Area Twin Hull) vessel with all above-water surface sloped radically inward. She is 160 feet long, 70 feet in beam, 14 feet in draft, and displaces 560 tons and her diesel-electric propulsion gives her a top speed of 13 knots. She is invisible to shipboard radar, even at close range.

Special Ops Forces That Answer To No One
The U.S. Delta Force is made up of three 150-man squadrons and is the sole fighting squad who actions are granted complete presidential immunity from the law. Presidential Decision Directive 25 (PDD 25) grants Delta Forces “freedom from all legal accountability,” including exception from the 1876 Posse Comitatus Act – a statute imposing criminal penalties for anyone using the military for personal gain, domestic law enforcement, or unsanctioned covert operations. Delta Force members are handpicked from CAG (Combat Applications Group) – a classified organization within Special Operations Command in Fort Bragg, North Carolina. Delta Force soldiers are trained killers – experts in SWAT operations, rescuing hostages, surprise raids, and elimination of covert enemy forces.

PROJECT AURORA Overhead at 3,000 Miles Per Hour… (Right Now)
The Aurora is one of those secret aircraft that nobody is supposed to know exists, but everyone does. Even the Discovery Channel has covered Aurora an its testing out at Groom Lake in Nevada. Whether the security leaks have come from the repeated “skyquakes” heard as far away as Los Angeles, or the unfortunate eyewitness sightings by a North Sea oil rig driller, or the administrative gaffe that left a description of Aurora in a public copy of the Pentagon budget, nobody will ever know. It hardly matters. The word is out: The U.S. military has an aircraft capable of Mach 6 flight, and it is no longer on the drawing board. It is in the skies overhead.

Built by Lockheed, the Aurora looks like a flattened American football. It is 110 feet long, 60 feet wide, smoothly contoured with a crystalline patina of thermal tiles much like the space shuttle. The speed is primarily the result of an exotic new propulsion system known as a Pulse Detonation Wave Engine, which burns a clean misted, liquid hydrogen and leaves a tell tale pulse contrail in the sky. For this reason, the Aurora flies only at night.